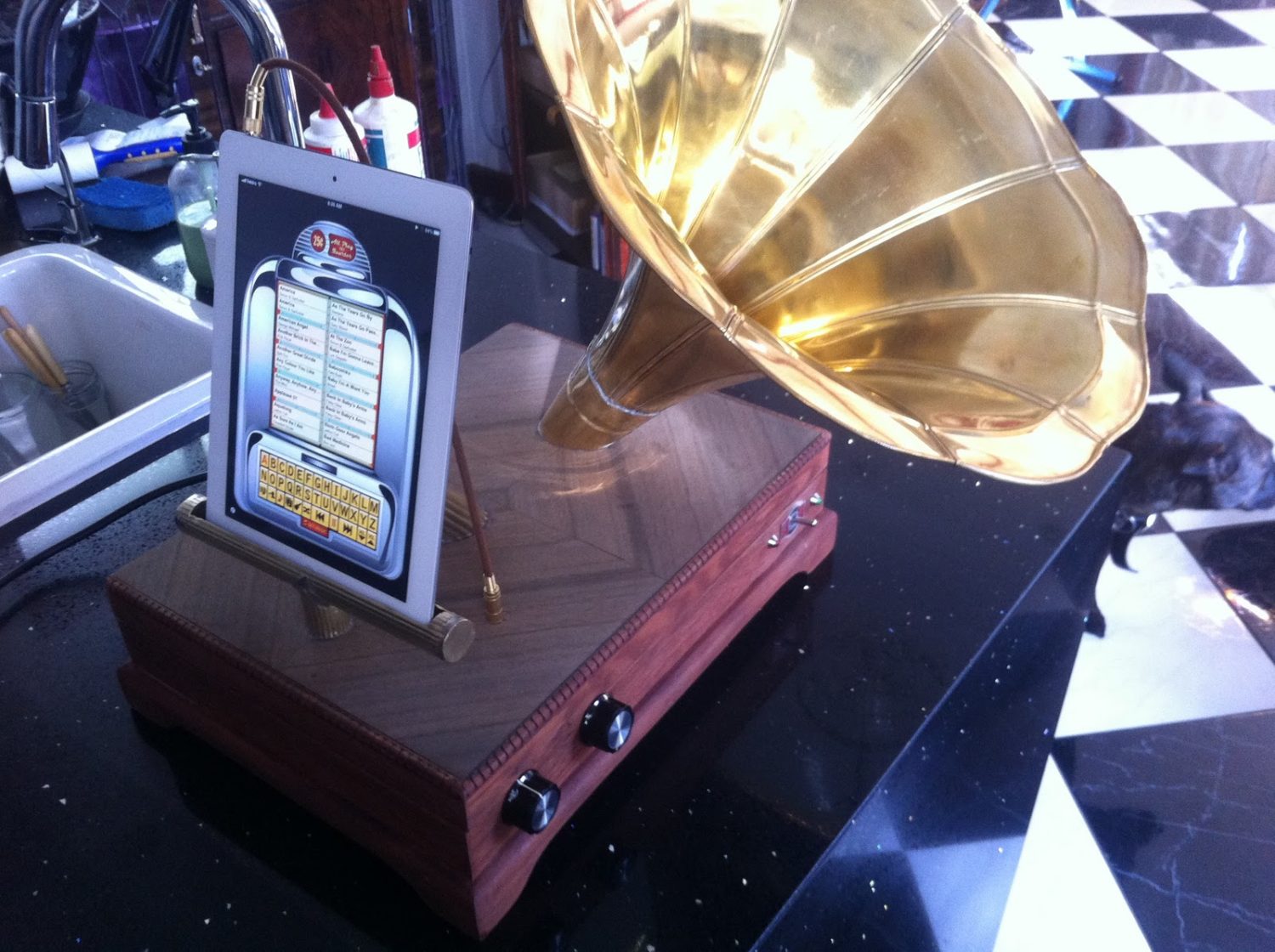 By Michael Greensmith  •  11 years ago

Welcome to my new blog!

I have been involved in Steampunk for a few years now – for those who haven’t heard of it, the easiest way to describe it would be to say it is Victorian inspired science fiction.

As a maker with a particular interest in electronics, how I interpret Steampunk is that I clothe new technology in Victorian (well, maybe Victorian-esque!) armature using original vintage pieces and often adding new multi-functional capabilities.

I wouldn’t say that I live the ‘steampunk’ life (yet) but I have created a few pieces which I hope you might enjoy. However, the vision and values behind creating these pieces is what got me thinking about what constitutes a steampunk lifestyle in the 21st century. It’s pretty obvious that our planet’s resources are finite. We throw away things that are obsolete, that are excess to our own personal needs or that we don’t think ‘fit into’ how we currently live. My pieces are built largely from discarded or ‘waste’ material. In this way, I can incorporate antique and vintage items that would otherwise be discarded as they are incomplete or incompatible with modern technology (eg. cutlery boxes, radio cases).  It is part of a deliberate effort on my part to tread lightly on the earth, reduce disposability and buck the trend towards ‘built in obsolescence’ that has become ubiquitous when we consider the use of technology in our everyday lives.

One of my first creations is the ‘iPhonograph’ which looks a lot like a gramophone player, but I have built it to play an iPad!  The original prototype incorporated a 1940’s cutlery box, vintage brass horn, vintage dials and vintage brass finishing pieces, a newly built amplifier, re-used speaker and new wiring throughout.

I was humbled to have the iPhonograph win an International Award and 2 Australian Awards:

For prizes 2 and 3, I actually had to list all the components that were included in the final build and stipulate to the amount of materials that were new or re-used. I am proud to report that the build is over 85% re-used materials.

Have a look at some of these pictures: 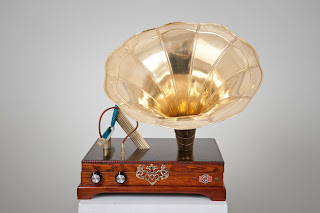 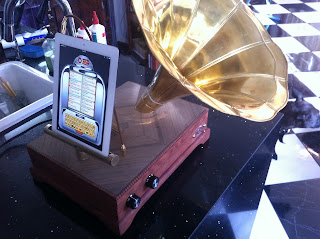 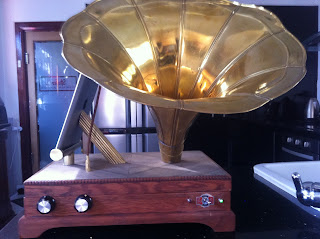 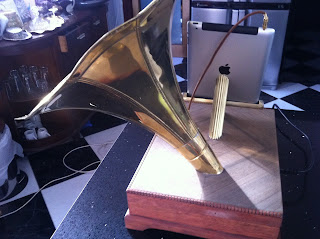 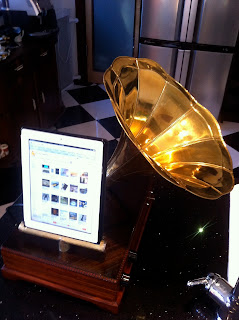 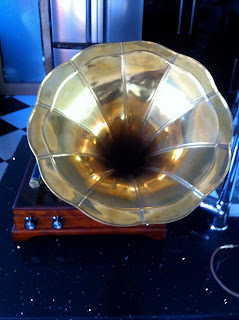 A very important part of the steampunk community is the sharing ethic that permeates. Therefore, as part of my commitment to spreading knowledge and appreciation for upcycling, I have developed a step by step instruction guide (with pictures) on how to build an iPhonograph for yourself. If you are interested in making one for yourself I have created an instructable.  Here is the link.  If you have the time, please watch this video, the music starts about 30 or so seconds into the tape.

NOTE: This post has been updated to reflect the 3 competitions the iPhonograph has won during the first 6 months of 2012. I’ve also posted separate blog posts about each competition win.

Read More
An iPhonograph for Charity
9 years ago
Uncategorized

Update on the evolving iPhonograph